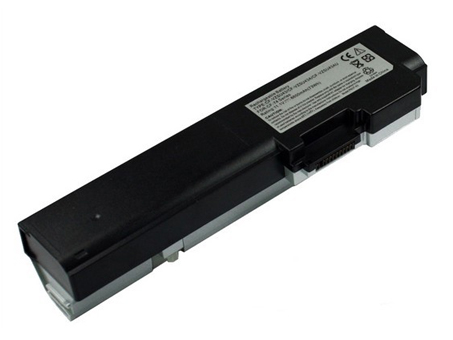 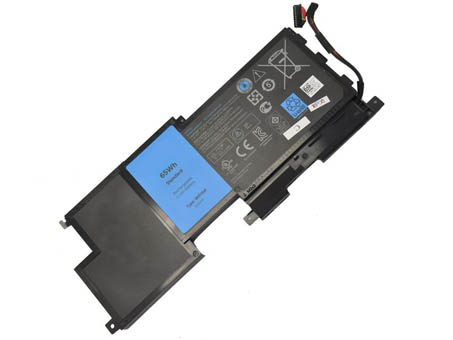 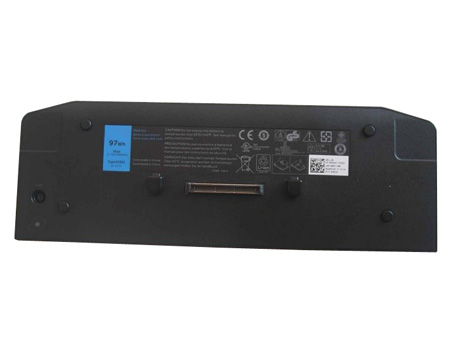 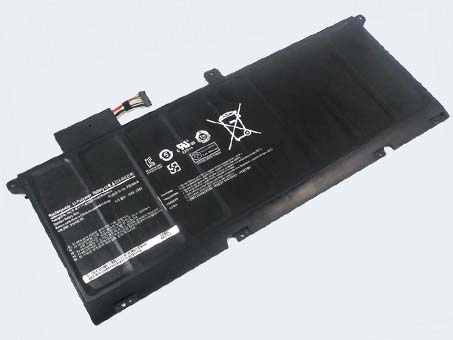 A week after it was first revealed Apple was slowing down older iPhones, ostensibly to stabilize performance, the company has succumbed to mounting pressure and, as an apparent gesture of goodwill, is offering owners of an iPhone 6 and later models a battery replacement for $29 — a limited-time $50 discount.

You are likely familiar with the rumor that Apple throttles older iPhones in an effort to make users resort to buying new devices. Of course, Apple maintains that’s not the case and it offered a statement regarding why iPhones may struggle as they get older.

Apple confirmed it slowed down older iPhones in an effort to better handle the power output that aging batteries can offer. Some users were upset. So much, in fact, that several lawsuits have been filed against the company.

“Defendant breached the implied contracts it made with Plaintiffs and Class Members by purposefully slowing down older iPhone models when new models come out and by failing to properly disclose that at the time the parties entered into an agreement,” reads a lawsuit filed by Wilshire Law Firm on behalf of Stefan Bogdanovich and Dakota Speas. The pair are seeking both California and nationwide class action status for their suit, according to a report from TMZ.

Apple Insider has reported that attorneys on behalf of Keaton Harvey have filed another suit against Apple. The class-action suit alleges that the company’s decision to slow down old iPhones “allowed Apple to conceal the true nature and scope of the battery defect and to avoid expending time, money, and effort on correcting it.”

The suit requests that Apple notify owners about changes to the OS, repair the flaws in the software that led to the throttling, and reimburse those who bought affected iPhones.

In light of the suits, on Thursday, December 28, Apple released an apology for the confusion surrounding battery and performance issues. In its apology, the company stated “we have never — and would never — do anything to intentionally shorten the life of any Apple product, or degrade the user experience to drive customer upgrades. Our goal has always been to create products that our customers love, and making iPhones last as long as possible is an important part of that.”

Apple also promised to release a software update in 2018 that will allow users to better monitor battery performance and health on their devices. Additionally, it stated it will reduce the price of battery replacement on all iPhone 6 phones and later to $29 for the next year.

Recent throttling accusations first appeared a couple of weeks ago, when a Redditor shared Geekbench results take right before and right after the battery in an iPhone 6S was replaced. According to the Redditor, who goes by the name TeckFire, the iPhone performed as much as 20 percent better after the battery replacement.

After the Reddit post, John Poole, who founded Primate Labs, offered a more visualized look at the link between battery health and iPhone performance. Benchmarking tests were performed on iOS 10.2.0 and 10.2.1, and show some pretty serious differences in performance. Apple introduced an update in iOS 10.2.1 aimed at fixing an issue where some iPhone 6S models shut down, thanks to uneven power delivery from older batteries in the phones. That power management feature is what was causing the performance dips on some iPhone models.

According to Apple, there is a good reason for the performance dip.

“Lithium-ion batteries become less capable of supplying peak current demands when in cold conditions, have a low battery charge, or as they age over time, which can result in the device unexpectedly shutting down to protect its electronic components,” Apple said in a statement to TechCrunch.

In other words, when an iPhone’s battery gets older, it becomes less capable of delivering enough power to the processor during a peak of performance, and when that happens it has to spread out the power requests over a few processor cycles. The result of that is a dip in performance.

That’s what is triggered when benchmarks are run — they look like performance peaks and valleys to an operating system, and as such on older batteries the power requests will be spread out. Upgrade to a new battery, and power will be delivered much more effectively.

It’s not all that surprising. As a battery ages, it stops working as well. That has always been the case and likely always will be. That doesn’t mean that the average performance of a device is being affected, nor does it mean that Apple is throttling your phone to make you upgrade. OF course, Apple could have been a little more transparent — a simple notification telling users that their battery is getting old and that they may see a performance dip because of it would go a long way. That lack of notification may be a serious point of contention when and if the new lawsuit ever gains ground. 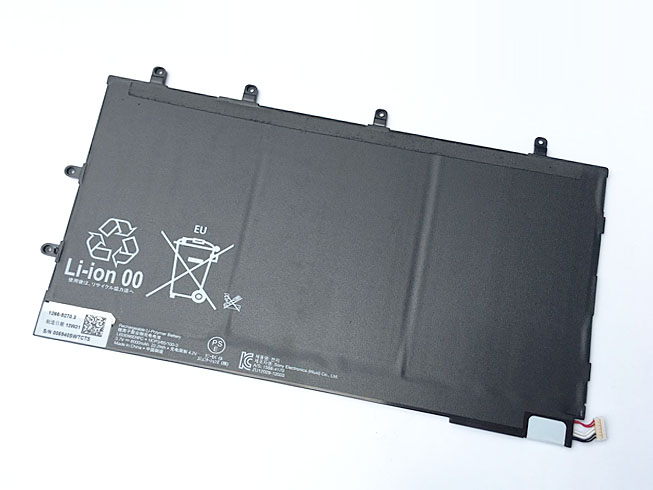 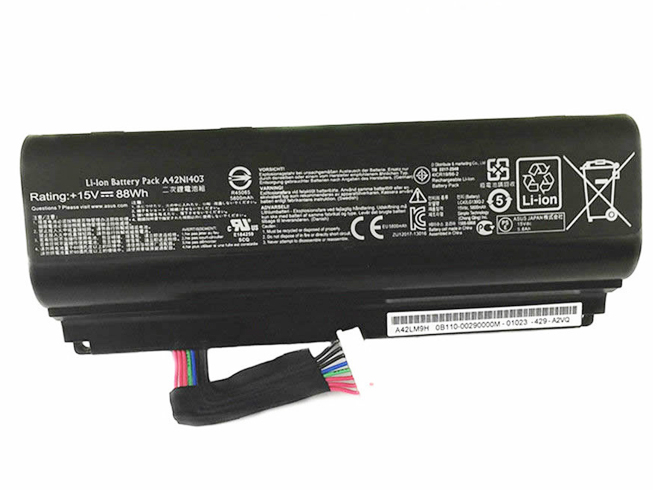 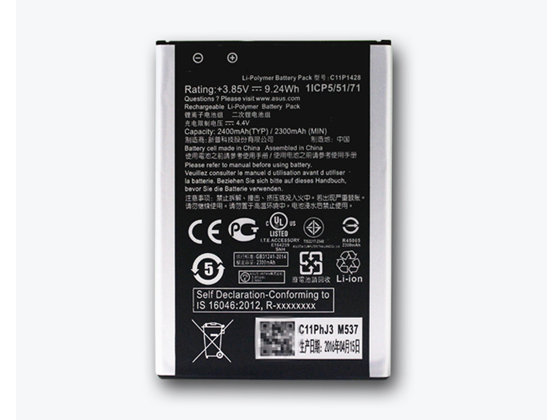 1.Carefulness read narrate book of battery,use commendatory battery.
2.New laptop battery pack must be fully charged before use.
3.New Batería para ASUS C11P1428 needs to be fully charged and discharged (cycled) a few times before it can condition to full capacity.
4.Rechargeable batteries undergo self-discharging when left unused. Always store a ASUS C11P1428 battery pack in a fully charged stage for storage.
5.Fully drain and fully recharge your battery pack every few month.
6.Li-ion and NiMH battery can not interchangeable.
7.Turn down the LCD brightness of your portable device.
8.Use built-in power management on your portable device.
9.Turn off LCD or other unnecessary accessories when not in use.
10.Set screen saver blank to 1 to 2 minutes of your ASUS C11P1428 cuaderno .
11.It is normal to get warm when charging or normal use. If it is getting too hot, there may be a problem with the device and qualified personnel should check it.
12.Research the electric appliance and the ASUS C11P1428 Baterías contact elements is whether clean, when necessity is clean with the wet cloth mop, after dry loads according to the correct polar direction.
13.C11P1428 Batería de la computadora portátil Toshiba should stock in cool place, and dry. 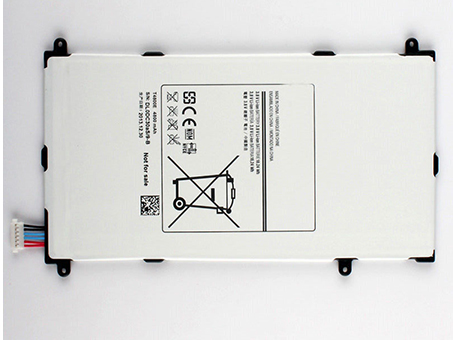 1.Carefulness read narrate book of battery,use commendatory battery.
2.New laptop battery pack must be fully charged before use.
3.New Batería para Samsung T4800E needs to be fully charged and discharged (cycled) a few times before it can condition to full capacity.
4.Rechargeable batteries undergo self-discharging when left unused. Always store a Samsung T4800E battery pack in a fully charged stage for storage.
5.Fully drain and fully recharge your battery pack every few month.
6.Li-ion and NiMH battery can not interchangeable.
7.Turn down the LCD brightness of your portable device.
8.Use built-in power management on your portable device.
9.Turn off LCD or other unnecessary accessories when not in use.
10.Set screen saver blank to 1 to 2 minutes of your Samsung T4800E cuaderno .
11.It is normal to get warm when charging or normal use. If it is getting too hot, there may be a problem with the device and qualified personnel should check it.
12.Research the electric appliance and the Samsung T4800E Baterías contact elements is whether clean, when necessity is clean with the wet cloth mop, after dry loads according to the correct polar direction.
13.T4800E Batería de la computadora portátil Toshiba should stock in cool place, and dry.

What’s the Difference Between These In-ear Audio Devices?

Although companies like to stretch these definitions to fit their marketing needs, the difference between earphones and earbuds essentially boils down to this: earphones (also called in-ear headphones or in-ears) are inserted into the ear canal, while earbuds rest outside the ear canal.

Earbuds usually do not have cushions, although they can. They are meant to be held in place by the concha ridge at the center of your outer ear, rather than sitting inside the ear canal.

They are often one-size-fits-all, which may not be comfortable to wear. Depending on the shape of your ear ridges, they may not fit securely and may fall out frequently. That is annoying, especially if you are wearing them for sports and exercise. Some have wings or loops to tuck under the ridges of the ear to help keep them in place.

Earbuds allow in ambient noise so you can hear what is going on around you. You don’t feel sealed off from your environment. That provides a small measure of safety for outdoor exercise such as running or walking while wearing earbuds.

Earbuds have generally not had the same performance as high-end headphones, often lacking bass and sounding tinny.  If you’re buying ear buds, the good news is they are often less expensive than earphones and in-ear headphones. If you want something for the gym that you don’t care if you step on them on the treadmill, or if you need the thirty-umpth pair for your teenager, ear buds are your friends.

In-ears often feature different sizes and types of ear cushions to achieve the most comfortable fit possible. Examples of cushions include memory foam, rubber, and silicone. Some are shaped to lock into the concha and have a protrusion that extends further into the ear canal.

As with earbuds, you may find that they fall out if the fit is not snug enough, and they may not be comfortable if the fit is too tight. The kind that is designed to lock into your concha may be more secure, but you may also be trading off some comfort. Some high-end earphones are custom fitted to your ear with an ear mold done by an audiologist.

The wires may extend straight down, or they may be designed to go up and over the ear, or swivel for either configuration.

Don’t let their small sizes fool you — earphones can get into the extremely high end of the price and performance spectrum.

Wireless versions of earbuds and in-ears often have a larger earpiece to accommodate the Bluetooth mechanism and controls, or have them on a thicker behind-the-neck cord. This adds additional bulk and weight. Another factor with wireless audio devices is that they are powered and need to be recharged after a few hours of use. With the iPhone 7 eliminating the audio jack port, many more designs will enter the marketplace for wireless earbuds and in-ears.